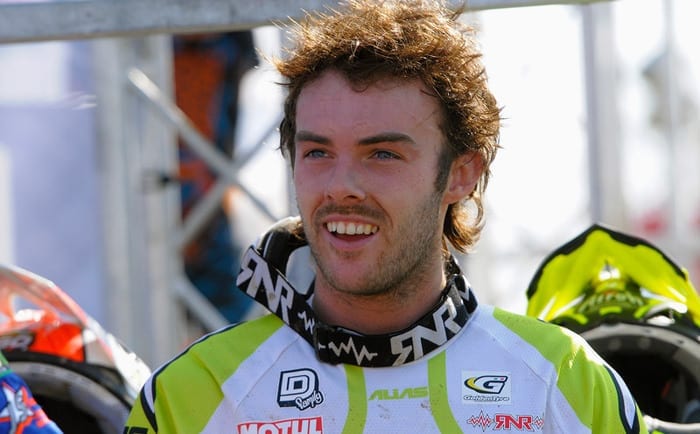 The UK’s most winningest 2013 racer and Dirt Bike Rider December cover star, Kristian Whatley will bid to maintain his all-conquering form indoors in the New Year when he sets his sights on the Arenacross UK 2014 crown.

The 24-year-old MBO Sport Yamaha rider is pretty much a raw novice when it comes to Arenacross but having swept the board in domestic motocross this season he must start as a serious contender.

“I did one round of the old SX series back in 2010 so this is all new for me,” he admits. “It’s going to be really difficult but I’m going into it with my eyes open – I know I’ll have to work hard with the boys at Multitek as I have no clue how to set up a bike for AX. Good starts are going to be the key.”

On top of his sheer speed and natural bike skills one of Kristian’s major race-winning talents is an almost supernatural ability to spot lines that no-one else would consider using. But while this is a huge help outdoors, on the tight confines of an Arenacross track it’s less likely to come into play.

“Yeah, I do seem to find some good lines on motocross tracks but I can’t see that helping me too much in AX because there won’t be so many of them although I’m sure if the lines are there I’ll find them. This is all new for me but I’m going to keep positive and maybe the first round will just be a learning curve and then I will know where I’m at. I’m going in there as a first timer so I’m not expecting to do to well.

“I just want good starts and I think that’ll set me up for the races. I’m very excited to be part of Arenacross and I can’t wait to start work with Multitek and the boys again for the AX. Let’s go have some fun!”