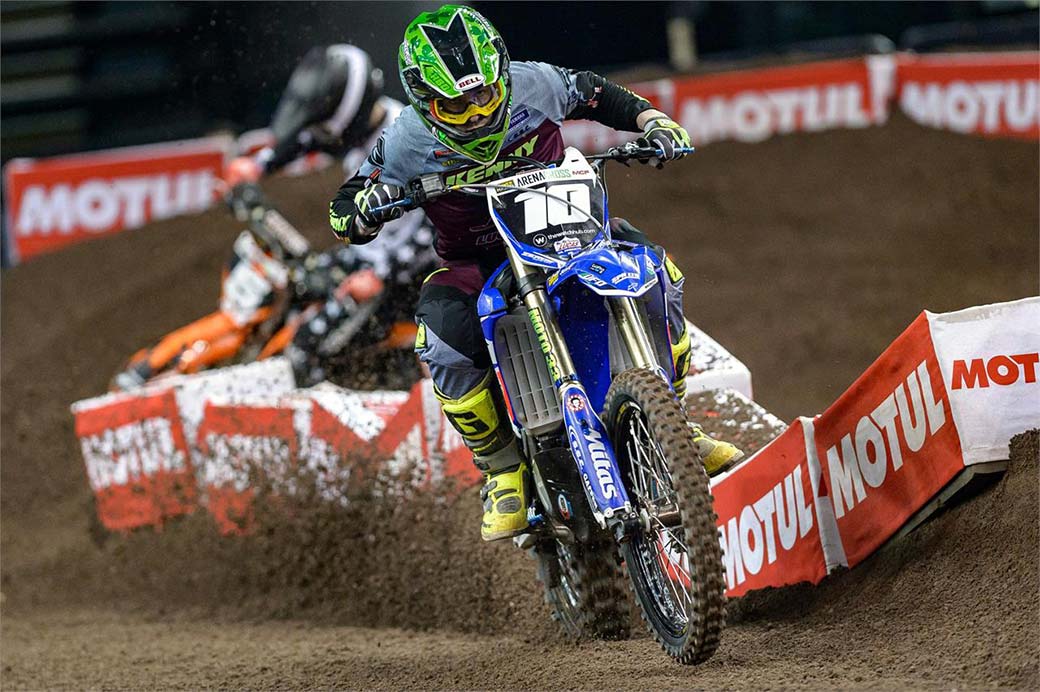 Meara’s time of 22.268 was enough to give him the edge over series leader Joe Clayton (Team Green Holeshot Kawasaki) and third-placed Chris Bayliss (Wooldridge Demolition). He’ll have to remain focused for this evening’s races though, as a mere two-tenths of a second separate this leading trio.

21-year-old Meara, who hails from Loughbrickland, Northern Ireland, is currently second in the Pro Lites overall championship, just 14 points behind Clayton. But, with 80 points up for grabs over the weekend at Belfast and the distinct benefit of a partisan crowd to cheer him on, anything could happen.

Tickets are available from the Arena website www.ssearenabelfast.com or 02890 739074. They’ll also be on the door right up until 7.30pm each evening. Prices start from £17.