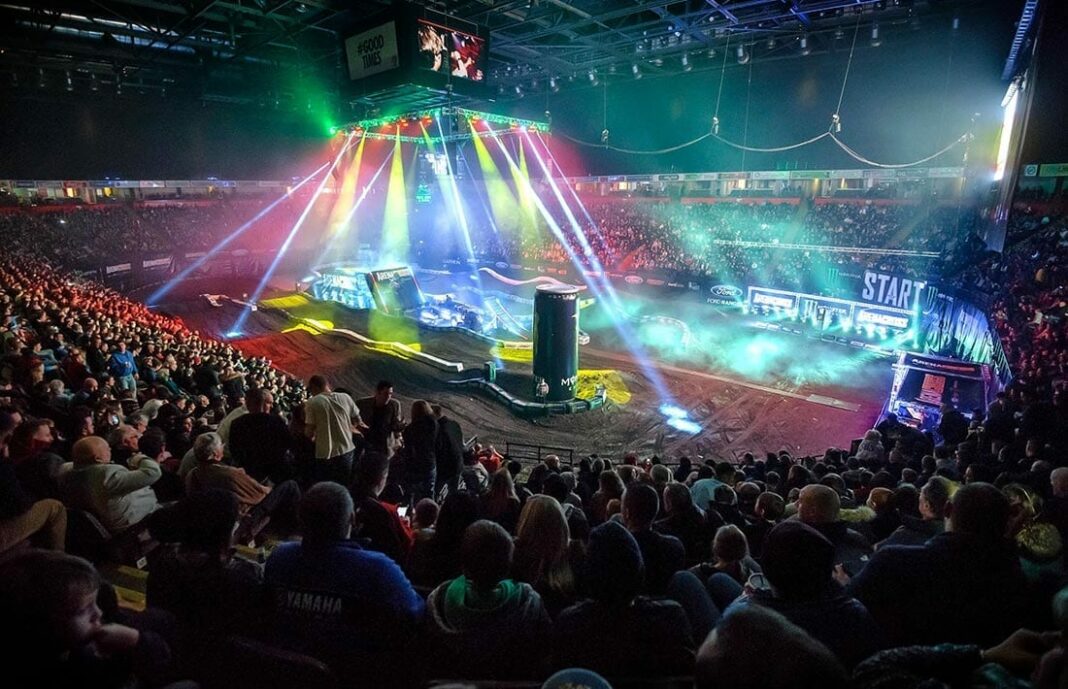 Racing gladiators from around the globe will line up at Manchester’s Arena on Saturday, January 2 and the stage is set for the most fiercely contested battle ever to be witnessed on UK soil.

All three Pro champions from 2013, 2014 and 2015, namely the UK’s Adam Chatfield and, from France, Fabien Izoird and Thomas Ramette will take on two of America’s biggies – multi X-Games Gold Medallists and former US motocross racing champions, Mike Brown and Josh Hansen.

Add in top-level Europeans such as 2015 Pro runner-up, Italian Angelo Pellegrini, France’s most successful indoor racer, Cedric Soubeyras and fellow countryman Cyrille Coulon and then mix them up with antipodeans Daniel McCoy and Jake Vellas, together with super-fast Fin Harri Kullas and Brit Jack Brunnell and you’ll soon get the idea that this is going to be an indoor racing encounter of colossal proportions!

The Freestyle element of the Arenacross Tour is pretty epic too with the Spanish showboating Godfather of FMX, Edgar Torronteras joined by the Czech Republic’s fearless Petr Pilat and super-cool Aussie Pat Bowden.

Flying the flag higher than high will be Britain’s very own flicking and clicking Jamie Squibb and the ultra-fit and lean FMX team of Dan Whitby, Samson Eaton and Arran Powley. Also entering the FMX fray will be that man Hansen again, who’ll be going all out in the whip contest.

To be a part of the Monster Arenacross Tour extravaganza and be amongst the first to check out the 2016 racing talent, visit the ‘buy tickets’ section at www.arenacrossuk.com and get the party started.