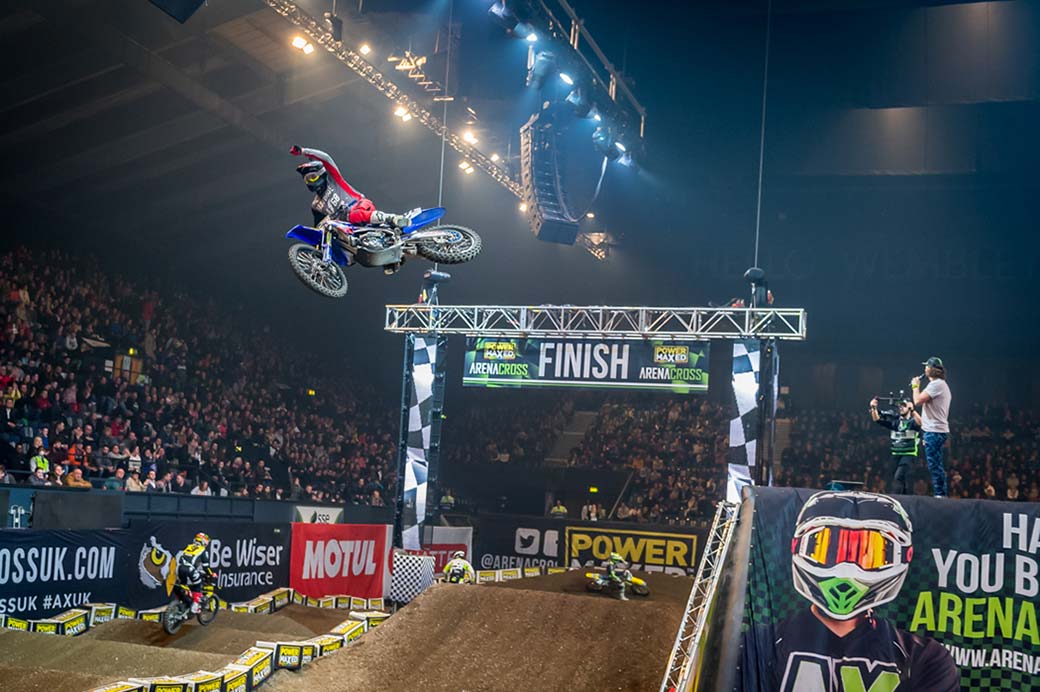 The Belgian round of the Arenacross World Tour due to run in less than two weeks time has been hit with poor ticket demand and will no longer go ahead on the scheduled date.

Set to run on the same weekend as the highly anticipated first round of the FIM Motocross World Championship, the first stop of the European leg of the AX series has now been delayed until November 2018.

Rumours had been circulating at the London round that the event may not go ahead and then earlier this week the Tour removed the Belgian date from its website.

The second round of the world tour due to be held in Dusseldorf, Germany had already been pushed back to November.

“It’s never a nice decision to have to make, and one fortunately we haven’t been faced with in the successful running of Arenacross in the UK since we started just five years ago,” said Arena Sports Live’s Matt Bates in a press release.”

“The fact is that we can’t stage an event with the hugely high production levels of Arenacross if the audience just isn’t there yet. All of the AX team are totally committed in taking the series overseas and, whilst this is a setback, it’s only temporary.”

Originally scheduled for March 3 at the Ethias Arena, Hasselt, Belgium, the new plan from the organisers is for the event to run in November 2018, which will hook into the newly arranged date for the German round.

Although this is a setback for the AX Tour, the successful running of the UK Arenacross Tour across the last five years to many sold out arenas shows the forumla is right, it just may take some time for the series to get a foothold in Europe.

Arena Sports Live say tickets for the Belgium round of the series will be transferable to the new date and that they are advised to contact the selling agent they originally purchased their tickets from if they have any questions.