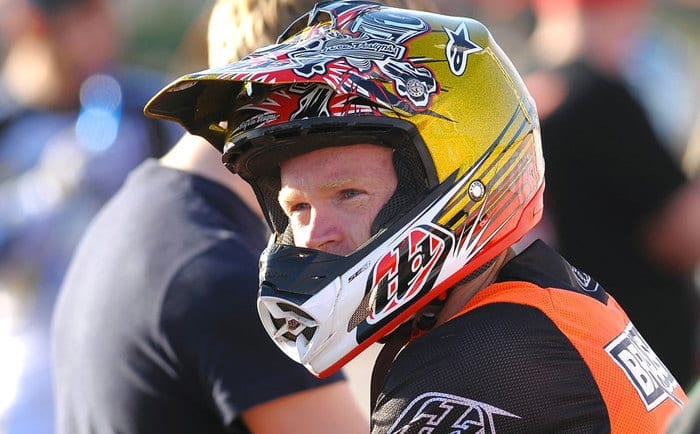 If there’s one sure-fire, cast-iron certainly when the Pros roll up behind the gate on January 17 in Belfast it’s that Neville Bradshaw will be ready to rip!

The 30-year-old South African is famed for his incredible work ethic and professional approach to racing and after picking up the #2 plate in 2013 he’s aiming to go one better this time around. And to put himself in the best possible position he’s hardly let-up since September.

“When the outdoor season ended I did three solid months of base training and I’m feeling awesome,” says Nev. “Every year I feel I get stronger during the off-season and this year is no exception. Now I’m really looking forward to going racing again – it’s been a long winter.”

To get some dry-weather riding in Nev and his Putoline Apico Honda team-mate James Harrison headed south on Boxing Day for a fortnight of intensive work.

“We went down to Spain and have been working hard, doing as much Arenacross training as we can and lots of testing. My fitness is there and I’m confident with my bike and we proved last year we have the package needed to take three out of four podium finishes. “The Pro field is looking pretty stacked when you check out the entry list. There are some very fast French guys who specialise in indoor racing and the British riders are looking good too. It’s going to be real good – I just need to ride smart and get the starts. It’s a much longer series this time around but I think that’s a good thing and the extra races will be in my favour.”

To buy tickets and catch up on the latest news go to www.arenacrossuk.com