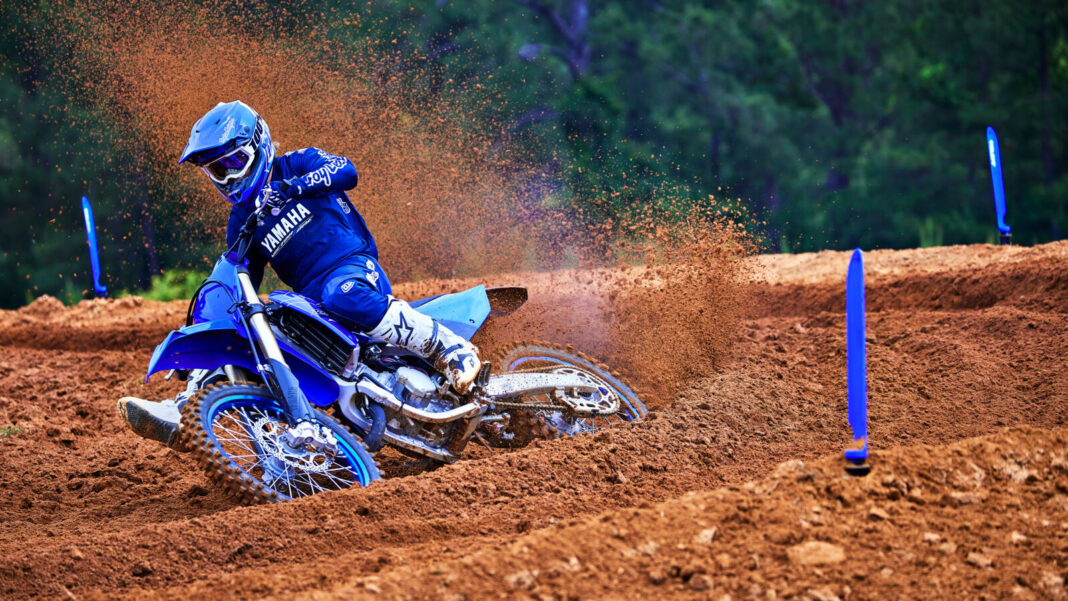 Yamaha has been one of the top brands in the industry over the years, winning championships and building strong machines to compete in the industry, including a brand new YZ125 machine.

Ever since Yamaha won its first ever World Motocross championship almost 50 years ago, the company has been totally committed to supporting the sport and creating a range of winning machinery for riders of all ages.

For 2022 the all-new YZ125 gets a completely redesigned higher performance engine along with a seriously upgraded chassis and a slimmer and more radical looking body to make this the most competitive YZ125 ever. Delivering a significantly higher power output along with better useability and featuring sharper handling, stronger braking and improved ergonomics – the new YZ125 is designed to become the default choice for up and coming riders looking to increase their confidence and experience, and take their performance to the next level.

Its advanced specification clearly demonstrates Yamaha’s desire to give tomorrow’s champions the very best equipment in their teenage years so that they’re ready to fight for the biggest prize when they move on up to the professional ranks.

For 2022 Yamaha’s engineers have worked flat-out to create the most powerful engine ever fitted to a production YZ125. In their quest for stronger race-winning performance the design team have built an all-new 125cc 2-stroke engine that develops significantly higher power in the mid to high rpm range.

Virtually every major component on the 2022 engine is new, and the comprehensive redesign delivers an increase in the maximum power output, to give the YZ125 a real winning advantage when the gate drops. The increased power together with improved useability and a better over-rev feeling enable motocross racers to take maximum advantage of the horsepower gains and outperform the opposition on all parts of the track.

The YZ125’s cylinder head, cylinder and piston are completely redesigned as part of the drive
towards achieving increased performance along with enhanced power characteristics. The most changes include a reshaped combustion chamber, as well as a shorter exhaust port and revised cylinder porting which give a improvement in combustion efficiency.

A major feature on the new engine is the use of a Keihin PWK 38.1mm carburettor equipped with a solenoid controlled power jet that gives an instant hit of power when required. The new carburettor features a TPS (Throttle Position Sensor) as well as a 3D map controlled CDI that ensures optimised ignition timing. Together with a new V-Force reed valve assembly and a revised manifold design, this new intake and carburettor gives the YZ125 rider stronger acceleration for out of the gate, and more explosive power when exiting corners.

A key feature on the new YZ125 is its completely redesigned air intake system. By redesigning the rear frame as well as both side panels and reshaping the seat base, Yamaha’s engineers have reduced the resistance to incoming air by 15% and succeeded in dramatically increasing overall intake efficiency on the new model. This not only contributes towards improving the mid to high rpm pulling power and improving the over-rev character, it also sharpens the low to mid rpm throttle response for more stable running at lower revs.

The YZ125’s KYB front and rear suspension systems are regarded as being amongst the best in class, incorporating a leaf-spring in the valve design that gives excellent damping at mid speeds. For 2022 these high-specification suspension systems are further refined, and both the front forks and rear shock feature revised low speed damping characteristics for enhanced chassis performance.