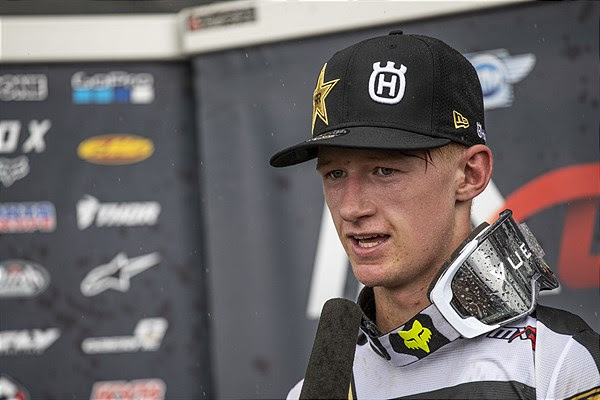 Rockstar Energy Husqvarna’s Kay De Wolf is one of the best prospects in MX2 class, having a great rookie season and continuing into 2022.

One of the hottest prospects in world motocross, Kay de Wolf is working hard to reach the top of the MX2 class. Enjoying an incredible rookie season in 2021, the Dutchman claimed a race win and four overall podium results, all on his way to securing an impressive seventh overall in the MX2 World Championship. In this enlightening episode of Drop The Gate, we sat down with Kay just a few days after he returned home from the final round of the series, where he shared the full story of his life and career to date.

Possessing a loose and fluid riding style, Kay is always an exciting rider to watch. With his youthful exuberance allowing him to ride hard from the drop of the gate to the chequered flag falling, he’d already delivered two successful seasons of racing in the FIM European Motocross Championships before the 17-year-old progressed to the MX2 World Championship in 2021. Maintaining his remarkable upward trajectory, Kay claimed his first ever overall podium result in just his fourth ever GP, a hugely pivotal career milestone enjoyed at his home race in the Netherlands.

Off track, de Wolf is humble, intelligent, and fully embraces all that comes with racing success – in many ways a shining example of a modern-day racer. With a clear plan for the future, Kay remains grounded, knowing that every sacrifice he’s made to date has helped shaped who he is today.

You can watch the latest video below: