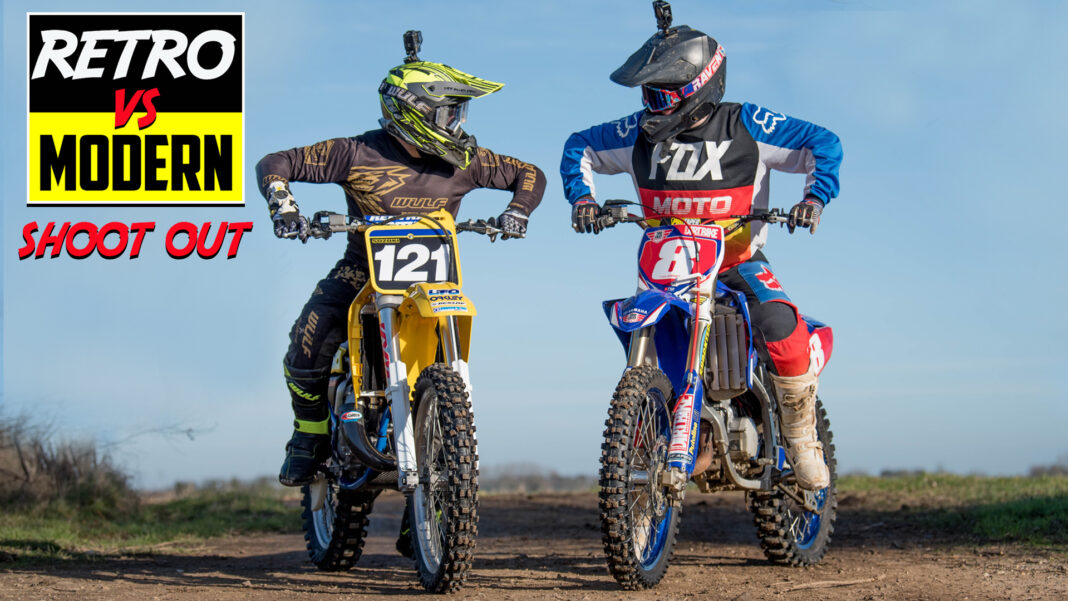 999 Lazer have released the ultimate 125 shootout video, Retro VS Modern. Which one is your money on?

The RM125 of the late 80’s and early 90’s really was a great machine. It was both beautiful to look at and effective on track. Stefan Everts, Donny Schmit and Pedro Tragter each won world championships on board this bike, and the RM did win many magazine shootouts in it’s time.

But nowadays it seems like this awesome little tiddler has become somewhat overlooked and ignored, as the CR125’s dominate the Evo and Super Evo scene. So with that in mind the boys from 999 lazer went on a mission to discover what makes the RM125 so great and to find out how well she holds up against modern competition. Which bike is best? Watch to find out!