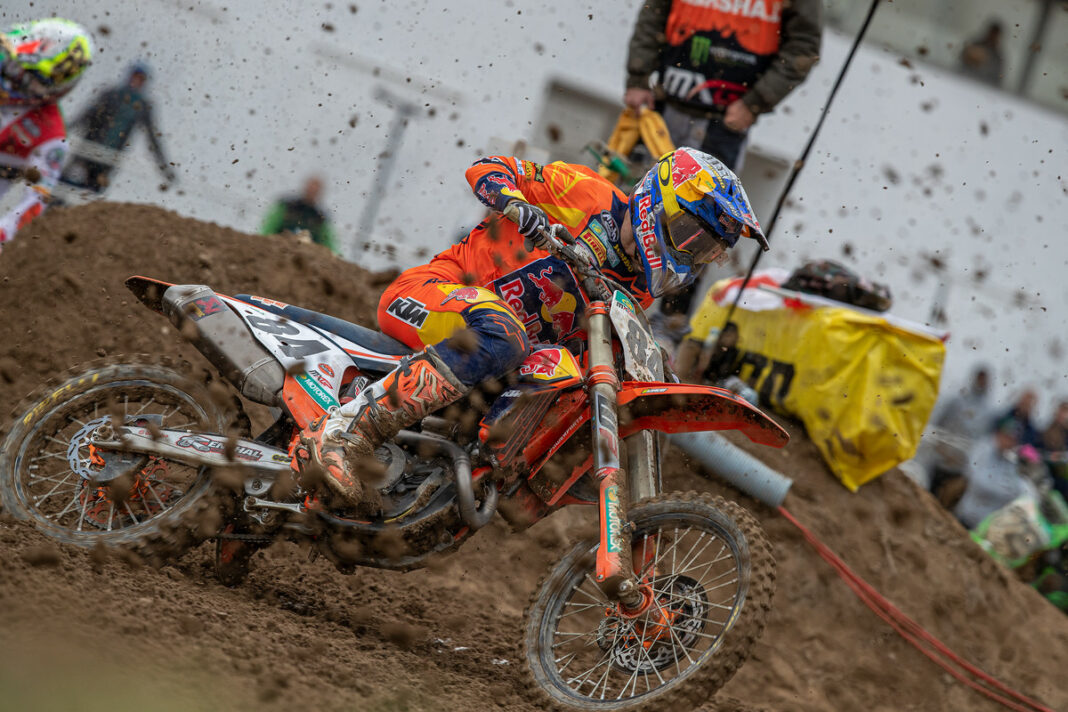 Red Bull KTM’s Jeffrey Herlings suffered a huge crash this week during pre season practice in Spain, which has caused potential Injury just before the start of MXGP race season.

From what it looks like doing a pre season photo shoot at Red Sands MX Park in spain, the Dutch MXGP World Champion just comes up short over a jump and heads over the bars.

You can view the video below: