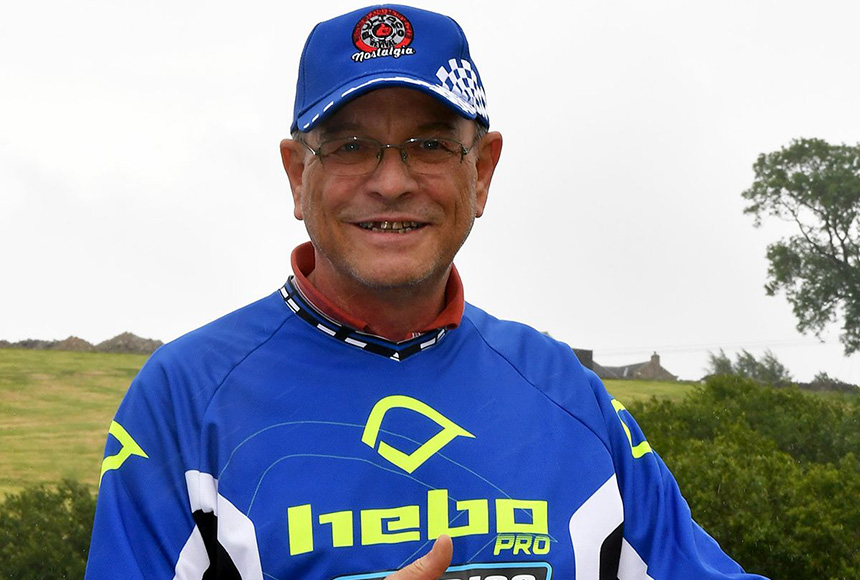 The global Trial community has come together to mourn the passing of Spanish icon Manuel Soler who died on Wednesday. He was 63.

The first Spaniard to win a round of the FIM Trial World Championship when he claimed victory in Finland in 1979, Soler was a four-time Spanish champion who inspired an entire nation of Trial riders.

“It is with great sadness that we learn of the passing of Manuel Soler,” said Thierry Michaud, Director of the FIM Trial Commission. “In addition to his magnificent riding style and friendly personality, he was the first Spanish rider to win an FIM Trial World Championship event.

“With four victories in total, he opened the history of the great Spanish Trial riders from the 1970s until today. In recent years he has also been very involved in vintage Trial, allowing its growing success today. The whole family of Trial and the FIM Family pay tribute to a great character.”

A member of the famous Bulto family, Soler started riding at an early age on custom-built, small-scale Bultaco and earned the affectionate nickname ‘El Monstruito’ which translates as ‘The Little Monster’. As well as his considerable sporting successes, he played a major role in the development of the marque’s Trial models.

Soler was also very active within the RFME for the last decade and a member of the CTE and FIM CCR.

Among the riders to pay tribute to him was Finnish three-time Trial World Champion Yrjo Vesterinen who was defeated on home ground by his then team-mate when Soler claimed that historic first TrialGP win for Spain.

“Thinking of you my dear friend Manuel,” wrote Vesterinen. “Once upon a time you taught me how to enjoy life to the full. I on the other hand gave you some tips on how to become a better rider. Some of that only to regret later!

“Right now my consolation is that I was one of the lucky people to have been able to spend some fabulous moments with you. Distant memories perhaps but very much alive now. RIP and always in my mind.”

When Bultaco ceased production, Soler switched to Montesa where he claimed a further three TrialGP victories that all came in 1981, his most successful season in the FIM Trial World Championship when he placed fifth overall and led the series after the opening round. In total he scored 12 podium finishes at the sport’s highest level.

Bernie Schreiber, America’s first and only TrialGP champion, also lost out to Soler on that memorable August day in Espoo in 1979.

“I’m writing this in tears on my birthday and thinking about all the good times Manuel and myself had since 1975 when he first stayed with us in our California home,” wrote Schreiber. “Manuel was like a brother. While he may be gone, we still have memories of those good times.

“Manuel was one of the most talented world-class riders of his time. His style was unique and smooth and I learned a lot from him. When he had a good ride in a section, we’d say ‘only Manuel can do that’. A real gentleman with a deep passion for the sport of Trial and motorsports.

“You’re going to be missed forever by so many of us who loved you. Rest in peace, friend and champion.”