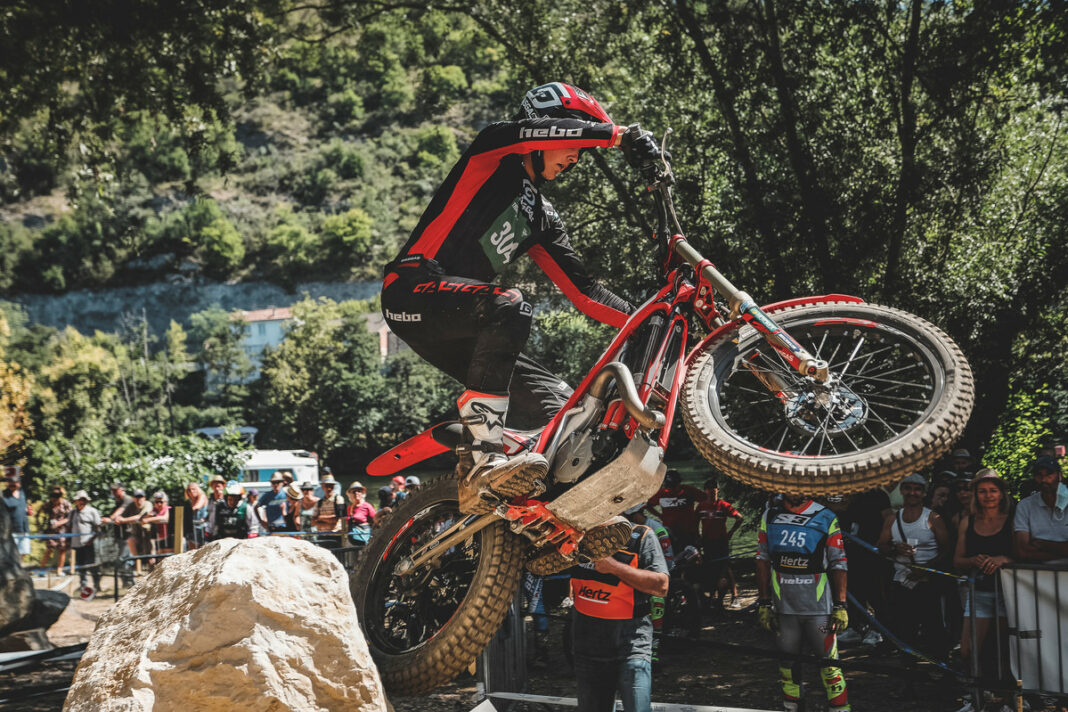 Britain’s Jack Dance has lifted the 2021 Trial125 crown after taking the win in France.

Arriving at the final round of the championship at the head of the class standings, Dance put in a champion’s performance, completing the event’s opening lap with the loss of just one mark.

Remaining cool, calm, and collected throughout the all-important second lap, in dropping only four marks he ended the day with just five marks lost, 10 clear of his nearest challenger Guadi Vall.

Dance’s win, added to his two other victories and two runner-up day results earlier in the series, saw him win the Trial125 title in style, 18 points ahead of runner-up Harry Hemingway.

“It’s an amazing feeling to be the Trial125 World Champion. It’s been a tough season, staying on top was hard, but my mum, dad, brother, and the whole GASGAS team have been there to support me so that has been a big help,” said the GasGas rider.

“Today I just concentrated on riding trial like I know how and didn’t think about becoming a world champion, because otherwise the pressure would have been too much. It was an amazing feeling coming out of section 12.

“I wanted to come and win today, not just to secure the championship but because it’s an awesome feeling for the team and my family.”