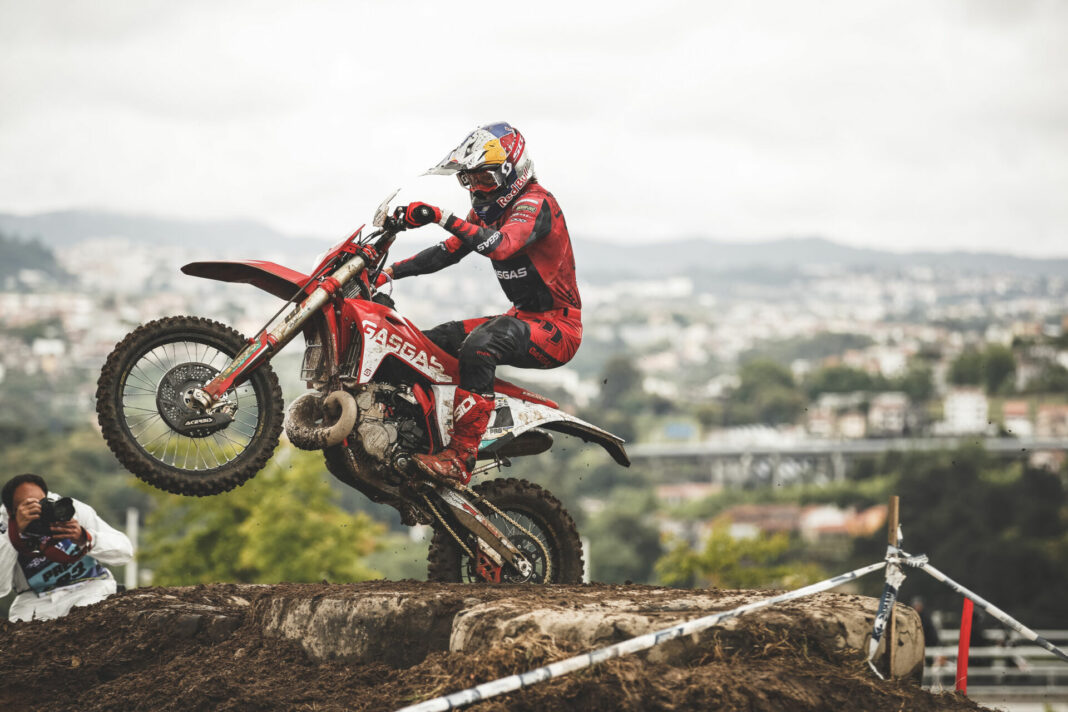 After a lengthy winter lay off following shoulder surgery, Taddy Blazusiak showed great form at round one of the FIM Hard Enduro World Championship at Extreme XL Lagares.

Originally scheduled to include an Endurocross, Prologue, and hard enduro Main Race, the 2021 edition of Extreme XL Lagares had to be cut down considerably right at the last minute when a regional Covid hot spot forced Portugal’s General Health Directorate to restrict sporting events to run behind closed doors.

Organizers were then forced to put on a heavily restricted race using only the Endurocross track inside a closed military compound. Although full championship points were initially going to be awarded, horrendous conditions resulted in a unanimous decision by the FIM and championship promoters to run the event without points.

“Overall, it’s been a strange weekend. With the cancellation of the main race it was always going to be tough to run a full event.” Explained Taddy.

“Qualifying yesterday went really well, I was feeling good and got third fastest, so I was pleased with that. This morning, just before the start of the first moto, the organizers told us there wouldn’t be any points on offer due to the conditions. We still lined up though, to try and do what we could.”

“The first race went really well for me, I got second and felt I was riding well. Just a couple of laps into the second race I tweaked my knee a little though. I carried on but was in some pain and so to avoid making it any worse I decided to pull in. With no points being awarded I didn’t want to risk an injury so I thought it would be best to call it a day. I feel for the organizers as they have worked hard to make the most of a tough situation. We’ll definitely be back next year to do what everyone wants to do – race the full schedule in front of the fans.”

Lagares Hard Enduro: ‘It was a difficult decision not to race’ – Jonny Walker