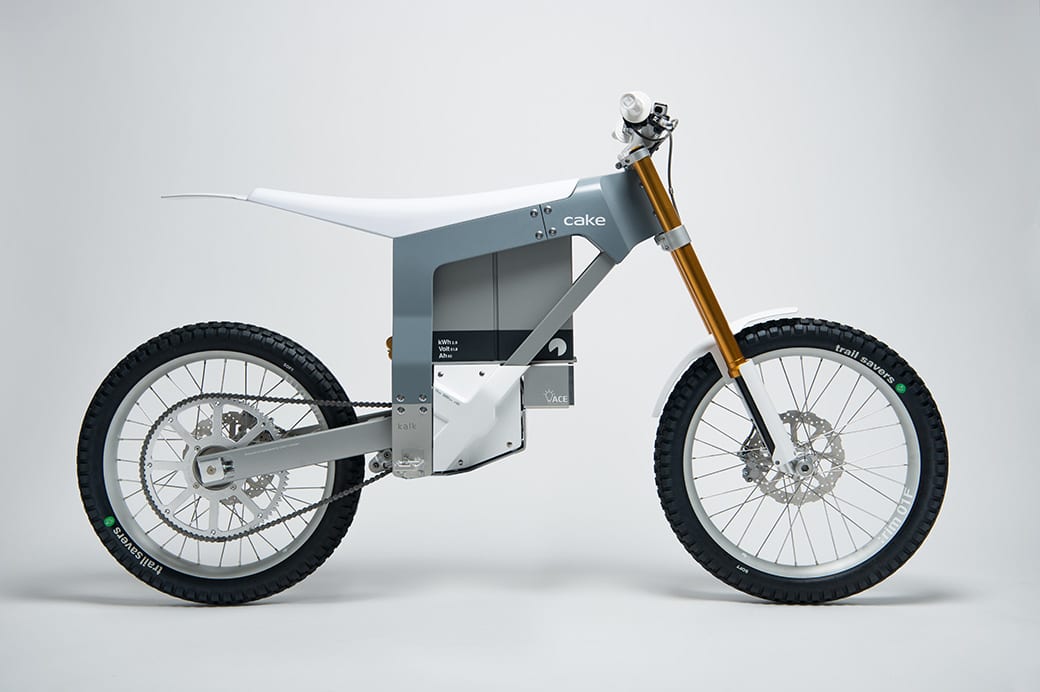 It’s not often I start off an article with a confession – in fact, I don’t recall ever doing it. Until now.

You see, I held off publishing this one because I didn’t think our readers would be too impressed with the latest electric off-road motorcycle to hit the market.

Not because of its pedigree. That looks solid enough. More because, well, how it looks.

Beauty, they say, is in the eye of the beholder so that may be a little unfair of me. But it wasn’t that I thought it was an unattractive motorcycle – and you may think it is – it was more that I just don’t think it looks like a dirt bike that our knowledgeable readers would be interested in. In fact, I just don’t think it’s aimed at you. And if it is, I think that’s a mistake.

But you know what, you can decide that for yourself.

So take a look and have a read, then let us know what you think. Share your thoughts with us below, on Facebook and Twitter or email the author [email protected]

CAKE, manufacturer of lightweight electric off-road performance motorcycles, today announced pre-order is now available for its first model, KALK. An all-electric high-performance off-road motorcycle designed for exploration and discovery, the KALK allows riders to travel as far as 50 miles, and as fast as 50 miles per hour, with the single charge of its battery. An evolution of light electric motorcycles previously customized by small builders, the KALK is engineered from scratch to give riders unprecedented reliability and durability, industry-leading performance and exceptional safety.

”With a clear mission to contribute speeding up the transition towards a zero emission society, CAKE aims to turn the motorized two-wheeled future upside down,” said Stefan Ytterborn, founder and CEO of CAKE. “Light, silent and clean electric off-road motorbikes will make the era of noise, disturbance, pollution and complexity a thing of the past. The category will evolve into an independent pursuit, offering action and magic in combination with responsibility and respect towards people and planet.”

As CAKE’s first model, the KALK is strongly influenced by downhill and enduro mountain bikes, in feel and handling, and its design takes into account the two sports’ geometry, suspension, components and handling. Its development also merges expertise from the off-road motorcycling industry and electric engineering. With the progressive span of an electric motor, the KALK has no gears and requires no clutching, offering uncompromising performance. The motorcycle weighs just under 150 pounds, compared to 250 pounds of a typical off-road, supporting a snappy and lively ride. With three different riding modes, the KALK invites anybody, no matter experience, gender or age, to experience its excitement.

Each component of the KALK had to be developed from scratch to support the category, since mountain bike parts are too weak and available motorbike parts too heavy. Every part of the KALK, including rolling chassis — frame, cockpit, wheels and tires — components, suspension and drive train, was engineered, designed and manufactured for optimal performance.

The name KALK was derived directly from kalksten, limestone being the bedrock of the island of Gotland, CAKE’s test grounds in Sweden. The bright white limestone CAKE has used for its test track, developing the KALK, is ideal for building jumps, curves, banks and rollers.